NB: I am not a "recovering Catholic." I got 99 problems, but being Catholic ain't one. 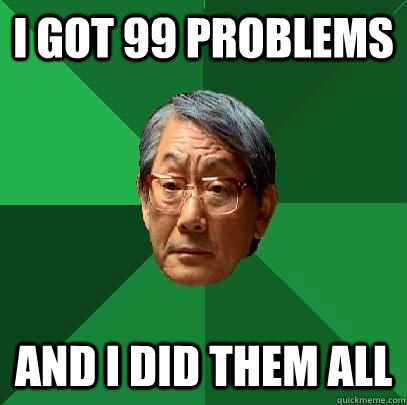 Clearly I would rather just post memes today than write an actual blog post. Probably because this just leaves me so sad and frustrated. I have some ideas what some other people have gone through... people whom the Catholic Church, or rather some specific people in it, treated badly or at any rate failed to meet them with the help they needed and that Being Itself wanted them to have... but I know almost no one's specifics, and I cannot bloody FIX it all, or any of it for that matter.

I don't know what it's like for Catholicism to be, or seem like, The Problem instead of my companion from the very first step toward The Solution out of the liquid hog shit in the very lowest subbasement of my empty, tortured life. The very idea horrifies me. "Why can't they see that this or that or this other sin is clearly against the entire real teaching of the Church? Why can't they see that this teaching they disagree with is the exact opposite of arbitrary? Why...?" I have no words to express it all today.

There are definite ways in which things within the Catholic tradition have been put to work against me. (Protip: You anxious, depressive, compulsive types out there... don't try reading Cassian without a kind and loving spiritual director, or John of the Cross for that matter.) At this vantage point, in every one of those cases, I see those situations as the Devil quoting Scripture to me just like he did in the desert to Jesus; in some sense, as demonic possession. The demons love to pervert the holy, and have loved watching me hurt myself until I was incapable of virtue. But the solution to possession is not execution: it's exorcism. Exorcism demands faith, and faith is a response to grace. I was led to the Twelve Steps, and the heavy drape has been ripped back. I don't have to live that way; I don't have to discard the beautiful reality of the world I first glimpsed in Dante's allegory at fourteen. All I have to do is deliberately choose to hope. That is a heavy cross for me, but just light enough, sized just right, I suspect.

If you are one of those "recovering Catholics," obviously, my heart is filled with sorrow for whatever wounds you have suffered. If you want or need someone to pour it all out on, well, my email link is on the right (at thatssosecondmillennium.net).